My 5 month old GSD has been amazing with potty training ever since we got him. He is basically fully housetrained except for some pre-puberty related incidents. However, he sucks at communicating he needs to go so I’ve learned to watch his behavior closely and I often take him out with 3-4 hour windows in between. We’re also at a point where he can walk freely around the house without crate breaks (no stairs because I live in an appartement), so he has access to all rooms when we don’t close a door (this is relevant). 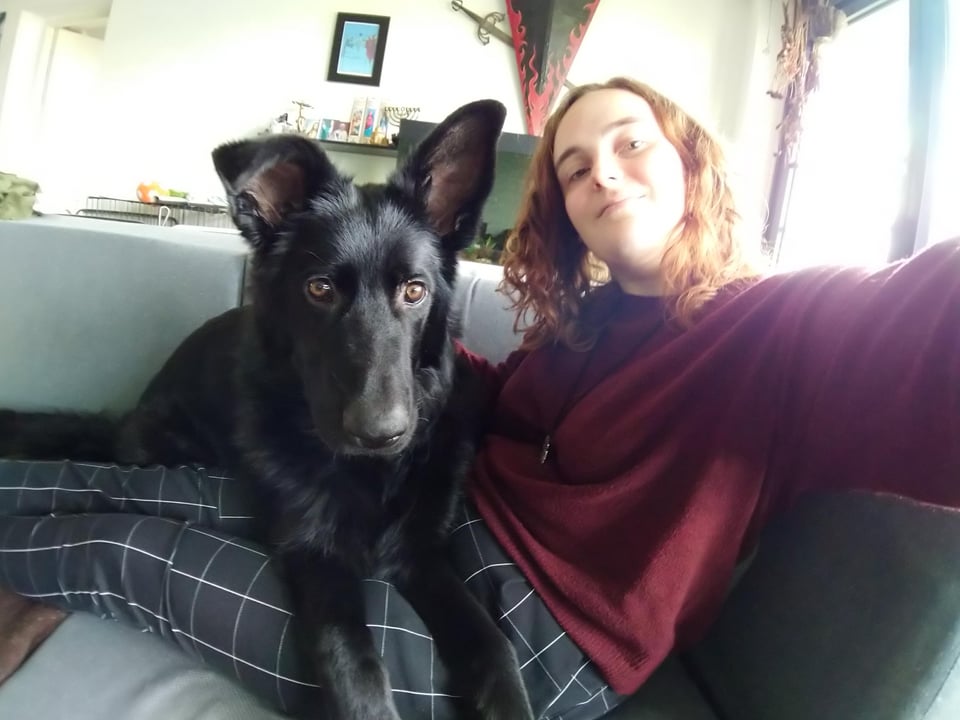 I was in the kitchen making lunch when I heard him happily walking by and when I turned around, he had my shoe in his mouth. He sat down in the living room and put down the shoe. At first I laughed, because why would he take my shoe? He’d never really shown interest in shoes before. Then, I (laughingly, but sternly) told him that no, he is not supposed to play with shoes.

It took my shoe, noticed he had moved the other one too, and put them both back in the bedroom, where they were before.

I then realized, it had been 3 or 4 hours since I had last taken him outside. He needed to go outside, so he took my shoes as he knows I wear them when we go outside.

I quickly grabbed my shoes, put them on, praised him, and took him outside. He immediately ran to the grass and did his business.

He finally communicated he needed to go outside, but definitely not in a way I expected him to!

Waffles, our dachshund puppy, was attacked and killed